Baylon the Great, the Mother of Harlots. Revelation 17:4,5.

In the previous post on Revelation 17, I talked about this nondescript woman sitting upon a scarlet-colored beast.

Revelation 17:3 MKJV  And he carried me away into a desert by the Spirit. And I saw a woman sitting on a scarlet-colored beast, filled with names of blasphemy, having seven heads and ten horns.

This is the only place you will find a reference to a scarlet-colored beast, however, as you attempt to pursue a definition as to who this beast is, you will find: a scarlet beast, a red beast, and a red serpent – an analogy to the beast, and a correlation to Satan, as well as the title of the antichrist.

The woman, on the other hand, has some clear definition, some of which we find in Revelation 17:4; and this is where we begin.

Revelation 17:4 MKJV  And the woman was arrayed in purple and scarlet. And she was gilded with gold and precious stones and pearls, having a golden cup in her hand full of abominations and filthiness of her fornication.

So, this nondescript woman is.

Revelation 17:5 NASB and on her forehead a name was written, a mystery, “BABYLON THE GREAT, THE MOTHER OF HARLOTS AND OF THE ABOMINATIONS OF THE EARTH.”

As we have traversed through Revelation, chapter thirteen has used the same language.

“And the dragon stood on the sand of the seashore. Then I saw a beast coming up out of the sea, having ten horns and seven heads, and on his horns were ten diadems, and on his heads were blasphemous names.” (Revelation 13:1 NASB)

Here, the dragon is Satan; and, almost like a coach standing on the sideline, he watches his play being put into action. The beast here in Revelation 13, IS NOT the antichrist at this point. So the beast coming out of the sea is the global heads, princes, and kings, that though they may continue to fight, have a goal of unified global world leadership under one man.

Do you not see that this scheme has been actively played out before us, for possibly a thousand years or more?

Babylon – Isaiah tells us that the nations will gather together against Babylon. Nations may not be organized government; I know that is hard to visualize seeing that the majority of the “nations” are following the idea of global governance.

Isaiah 13:1-6 NASB The oracle concerning Babylon which Isaiah the son of Amoz saw. (2) Lift up a standard on the bare hill, Raise your voice to them, Wave the hand that they may enter the doors of the nobles. (3) I have commanded My consecrated ones, I have even called My mighty warriors, My proudly exulting ones, To execute My anger. (4) A sound of tumult on the mountains, Like that of many people! A sound of the uproar of kingdoms, Of nations gathered together! The LORD of hosts is mustering the army for battle. (5) They are coming from a far country, From the farthest horizons, The LORD and His instruments of indignation, To destroy the whole land. (6) Wail, for the day of the LORD, is near! It will come as destruction from the Almighty.

If we recognize that Babylon, at this point, is not a singular entity, but a way of life that idolizes wealth instead of God, then this may be easier to understand. We, in America, are slowly being enslaved, in opposition to the constitution upon which this nation was founded, by people that wish to enslave us. At some point in time, during the time of wrath, God will burn their thrones to the ground.

And it will be in the day when the LORD gives you rest from your pain and turmoil and harsh service in which you have been enslaved, that you will take up this taunt against the king of Babylon, and say, “How the oppressor has ceased, And how fury has ceased! “The LORD has broken the staff of the wicked, The scepter of rulers (Isaiah 14:3-5 NASB)

The prophet Jeremiah declares what your heart already knows about Babylon but may not have been able to define.

Because the whole land is filled with idols, and the people are madly in love with them. (Jeremiah 50:38b. NLT)

Consider that Babylon is the mother of all harlots. Nimrod, on the plains of Shinar, established idolatrous worship that for us, that is not defined in scripture. We have to pursue a historical path to find this information.

Biblically we have evidence against Israel, from the prophets.

then I Myself will set My face against that man and against his family, and I will cut off from among their people both him and all those who play the harlot after him, by playing the harlot after Molech. (Leviticus 20:5 NASB)

Molech is the idol that God’s people, (who had only days before been rescued from Egypt,) had Aaron build for them when Moses stayed on the mountain for over forty days (a time frame that goes against human logic because people typically die when they do this.) Again, we do not have a definition of Molech until Stephen, in the book of Acts, is brought before the Jewish council. Here, he reiterates that Israel did this detestable thing, and NO one challenged what he said.

When you read about Numbers 25:1 you see this.

While Israel remained at Shittim, the people began to play the harlot with the daughters of Moab. (Numbers 25:1 NASB)

Immediately, I thought of Balaam. Back yourself up to chapter 24 and you find Balaam. When king Balak propositioned Balaam to curse Israel he would not do it. Balaam is difficult to understand because all the fingers point to the possibility that he was like a hitman for hire. I say this because we do not see a recognition of his relationship to God like we do with all the other legitimate prophets.

Balaam apparently tried to petition God (as though he had a right,) and was told by God, don’t even think about it. So what Balaam did tell Balak was to bring the cute girls in from the other nations and they will seduce Israel with their idols and destroy Israel from the inside. That is exactly what you see here. If you do not make a decision to follow after God, you will fall for any stupid thing that comes along.

Since this all emanates from Babylon, perhaps we should look at how and who started this ideology and is driving the madmen who are trying to reduce the population to a few million so that they can live like the kings they think they are – free from God.

Now Cush became the father of Nimrod; he became a mighty one on the earth.
(Genesis 10:8 NASB)

Before I move forward with the obvious, I want to touch on this idea of Nimrod being a mighty man.

Mighty is the Hebrew word gibbôr and means he became a powerful man; and by implication, a warrior, tyrant; and, includes the term giant.

Standard religious commentaries will try to make you believe that he was simply a great man of business. To help dispel this idea, the book of Numbers shows us the Jewish spies going into Canaan and then reporting back, was that there were giants in the land. These men weren’t trying to describe them as great men of business, they were massive humans, and the Hebrew word used to identify them as giants is gibbôr.

Based on this information what was Nimrod?

Associate this word with a warrior tyrant and you get a better feel for how he dominated.

All this prompts a question. If the giants of generation six were gibbôrs how did this guy get to be a giant?

If you study Genesis six you will see this.

There were giants in the earth in those days; and also after that, when the sons of God came in unto the daughters of men, and they bare children to them, the same became mighty men which were of old, men of renown. (Genesis 6:4 KJV)

The sons of Noah were Shem, Ham, and Japeth. Ham looked upon his father’s nakedness and was cursed for what he did. Ham had a son named Cush and he had a son named Nimrod.

If Noah’s family was allowed on the Ark because they were “perfect in his generations” then how did the demonic influence of the fallen angels, which created the giants upon the land, infect the lineage of Noah to create Nimrod?

I will tell you this, we make huge assumptions, and one that causes a great rift in our beliefs is that the generations of our families cannot or will not move away from the God that you once served. Nimrod neither walked in the ways of Noah nor did he want to; he moved in the opposite direction.

The Smith’s Bible Dictionary has this to say about Nimrod.

Nim’rod. (rebellion; or the valiant). A son of Cush and grandson of Ham.

The events of his life are recorded in Gen_10:8; ff., from which we learn

If you remember your bible stories, then you know the story of Jonah. God told Jonah to go to Nineveh and proclaim a horrendous judgment against them. These people were the hated enemies of Israel and Jonah refused by catching a ship toward Spain. The ship got caught up in a deadly storm and Jonah effectively committed suicide by having the crew throw him into waters that sink ships. He did this because he knew that God would relent when the people of Nineveh repented, which they did, and showed them mercy. You will find this in great detail in the Jonah named after him. 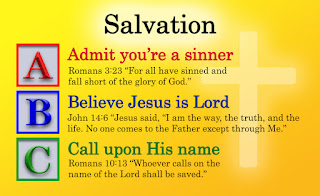