I had a discussion with a friend and I spoke to him about how there was nothing to prevent the Lord from coming back to remove his church from the earth. He vehemently argued that the gospel had not been preached throughout the whole earth, and could not come back.

I pointed out that the bible said this would happen but could not give him the biblical reference at the time, so in his mind he won. Really? Are we just a world full of winners or losers? Perhaps we are simply selfish, deluded, or sadly lacking in biblical understanding. Most of the people I speak with basically operate within the framework of some tradition they have learned, and I rarely meet anyone that is willing to let go of tradition, especially when the bible speaks in direct opposition to their tradition.

It would be delusional to think that everyone in the world has heard the gospel, but I do know that the knowledge of good and evil is in every man. Since every person has the knowledge of good, then you have the ability to acknowledge the creator. I know many of you do not believe that, but I also know that many of you do not believe that God is a God of mercy. All that proves how little we know about the character and nature of God, and that knowledge is an essential aspect of our growth.

The answer to the argument, if one is needed, is that God will send an angel to preach the gospel throughout the entire earth.

Then I saw another angel flying directly overhead, with an eternal gospel to proclaim to those who dwell on earth, to every nation and tribe and language and people. And he said with a loud voice, “Fear God and give him glory, because the hour of his judgment has come, and worship him who made heaven and earth, the sea and the springs of water.”(Revelation 14:6-7 ESV) 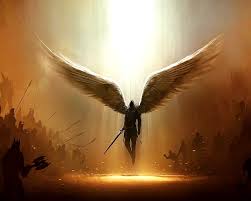 I do not know what that will look like. Daniel, at seeing the angel, fell on his face. I have always wondered if that was out of fear. Well, think about it, what do they look like?

Balaam had one confront him, but he did not see it at first. The donkey he was riding saw it and smashed into the bank on one side of the trail. While we do not seem to be taken back by Balaam having a discussion with a donkey, but the man is not terribly phased by an angel standing in front of him with a sword.

The point to this is that there should be no doubt that everyone will see this angel.

I wish I could tell you that this happens before the rapture so that the entire world could get the degree of mercy we comprehend, because God, prior to unleashing his fury upon Israel and the nations, snatches his church out of the earth. This act of fury, is not only deserved, but devastating. Strangely, many people survive the continual onslaught, but do not change their minds or ways. The good aspect is that an uncountable number come to accept Jesus as the Messiah during this time.

If you do not know Jesus Christ as your own it is easy to do. He gave His own life so that you could live. In a sense, it is as if this world is one huge adoption agency, and God came, signed the paperwork, paid the fees, and invites all who would wish to become part of the family to merely sign their name to the paperwork and jump in the truck. The deep understanding would be to comprehend that God did all this for you, you understand it, and you accept that he loves he you and gives you a hope and future. That hope and future entails the promise of our life with Him.

All it takes is you opening your mouth and requesting that he come into your life, the life that you cannot handle, and take it over.