How can we know when we are close to the end? Chapter one.

If I was trying to assess what I knew for sure about the seven week period we call the Tribulation. It only seems reasonable that I would try to find things in scripture that speak of this period. For example:

Do we know about when this Antichrist will show up, or when God will pour out his wrath?

The skeptics will quote, improperly and out of context, that no man knows the day or the hour. So what does scripture say to the believer?

1 Thessalonians 5:2-5 ESV (2) For you yourselves are fully aware that the day of the Lord will come like a thief in the night. (3) While people are saying, “There is peace and security,” then sudden destruction will come upon them as labor pains come upon a pregnant woman, and they will not escape. (4) But you are not in darkness, brothers, for that day to surprise you like a thief. (5) For you are all children of light, children of the day. We are not of the night or of the darkness.

Matthew 13:11 And he answered them, “To you it has been given to know the secrets of the kingdom of heaven, but to them it has not been given.”

So apparently not everyone has a security clearance, or the ability to know, and yet we all have the same clues.

What then are the clues that indicate we are close to the end?

Although Matthew 24 is filled with these clues, lets focus on something that we might be able to relate to. Matthew 24:32 begins a parable of a fig tree. Israel is that fig tree.

Matthew 24:32-33 KJV Now learn a parable of the fig tree; When his branch is yet tender, and putteth forth leaves, ye know that summer is nigh: (33) So likewise ye, when ye shall see all these things, know that it is near, even at the doors. 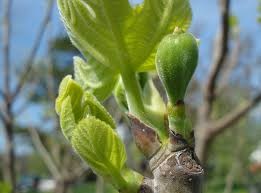 a fig tree beginning to bud

Israel became a nation in 1948, and it is the general assessment that this was the tender branch. All these years later, she has put forth leaves, summer is nigh, and the time to pick the fruit has come. While all these aspects may be telling, it is this part of the statement that draws our attention: “when ye shall see all these things, know that it is near, even at the doors.” Once again the things we were to look for:

While the next verse has many interpretations, there is something very plainly stated in it:

Matthew 24:34 KJV Verily I say unto you, This generation shall not pass, till all these things be fulfilled.

Remember, we are looking for clues, therefore the general idea is that when Israel became a nation the limb budded, and it is understood that: that generation that would not pass away without all these things being fulfilled, and that includes the coming of the Day of the Lord. However, many feel that Israel did not become the nation God intended until the six-day war of 1967 (I suppose that ignores the fact that the United Nations pressured Israel into giving back much of the captured lands. A person born in 1948 would today be 67, but the person born in 1967 would today be 48. Both of these ages lay outside of a commonly understood time frame, which I discuss in the next paragraph. I suppose the hardest part of this equation is to decide what determines a generation.

Genesis 6:3 tells us that God changed the time frame for man, giving him only 120 years, but it is rare that someone lives that long. Why is that important? What if man, living to be hundreds of years old, as they did in Noah’s day, did not mature or have an interest in starting a family, therefore a new generation, until they had lived at least one hundred years? Ancestry.com writer, Donn Devine, says, “As a matter of common knowledge, we know that a generation averages about 25 years—from the birth of a parent to the birth of a child—although it varies case by case”. Our western mindset gets in the way of understanding this eastern mentality book we call the bible, therefore the possibility exists that a generation could have been as short as fourteen to sixteen years. All this merely creates confusion, because as we read statements like Matthew 24:34, or possibilities like this we immediately attempt to constrain God into a box of our own proportions and making. Then, because God does not fit into our box, we consider his actions and intent impossible to understand, and everything about him a mystery.

Even though we think we understand the meaning of a simple word like generation, we, because we are astute students of the Bible, look the word up so as to not let anything escape us. The problems we create for ourselves is that we, without further training, do not understand the nuances of the Greek word γενεά / genea, the basis for our word in question. Genea was also translated as nation and age. If I apply either of those words to Matthew 24:34 it opens the door to a rather large and variable time frame.

This (age or nation) shall not pass, till all these things be fulfilled.

With that in mind, this idea of generation does not even apply to us, but to Israel. Therefore what Jesus was saying in Matthew 24, really was Israel (his people specific.)

While we did not pin God down to a specific time, we do have the evidence that He is near, even at the door.

I have for a while now been telling people that we are no longer looking for His return in terms of years, but that we are in the last minutes or seconds of time. Now consider that I have been saying that for a couple of years now. Does that change my enthusiasm about the eminent status of His coming for his church and beginning the final countdown prior to His return as the conquering Messiah that Israel longed for? Not at all, for He created time and passes in and out of it, putting it on hold, even if meant bringing you (that one person) back into the kingdom.

If you can not honestly say you know you are a part of God’s kingdom, then all you really have to do is to accept Jesus Christ as your Lord. Allow him to rule your life; you have not been doing all that great of a job ruling it yourself. He will come into your life and make you his. No, he is not going to strip your will and decision-making abilities out of your life, but you will find that things go so much better when you turn those things over to him. He loves you and intercedes for you before the Father.

We have a promised life in eternity, free from the pains of this life, if we will do this. He loves you very much. Now how would I know that, because I have experienced this love for myself, and I now know that it is his character, and the nature of the Father’s.

God bless and have a blessed Christmas.