Recently, while talking to the son-in-law, he asks me, how do the events going on around us tie into the church’s being caught up and the antichrist entering upon the scene. He has his own ideas, but he does NOT read a Bible, he relies solely on internet teachings. (To think that you can listen to these people without being discerning is a trap of the enemy, Satan. You have to know your Bible, or will be lead into false teachings that will bind you to guilt and prevent you from enjoying the freedom in the Holy Spirit, nor will you understand things like the Revelation.)

I responded by telling him that my own journey to understand the Bible came out of a desire to undo lies and false teachings that I learned in church. Surprisingly, the word lies evoked a negative reaction, as though the church would never try to manipulate your emotions and actions. Religion seems to have one purpose as it tries to control you; they do this because they do not trust the Holy Spirit’s ability to lead and guide you.

Jesus told the disciples that the Holy Spirit will come after He goes away.

“But I tell you the truth, it is to your advantage that I go away; for if I do not go away, the Helper will not come to you; but if I go, I will send Him to you. “And He, when He comes, will convict the world concerning sin and righteousness and judgment; (John 16:7-8 NASB)

Jesus did go away.

but you will receive power when the Holy Spirit has come upon you; and you shall be My witnesses both in Jerusalem and in all Judea and Samaria, and even to the remotest part of the earth.” And after He had said these things, He was lifted up while they were looking on, and a cloud received Him out of their sight. (Acts 1:8-9 NASB)

And finally, even if I don’t have an internet pastor in Indiana, I can read my bible knowing that He will guide me and teach me.

“But when He, the Spirit of truth, comes, He will guide you into all the truth; for He will not speak on His own initiative, but whatever He hears, He will speak; and He will disclose to you what is to come. (John 16:13 NASB)

So, the short answer, is yes, everything we are experiencing and see is leading to the great reset. This reset includes the purposeful collapse of economies, the decline of nations (America), and the collapse of others, such as Afghanistan; and, even though they deny it and cannot see it, the answer includes God’s wrath.

Have you noticed that China, Russia, Saudi Arabia, and the regular players are buying into the Middle Eastern poker match?

People groups that we thought would never be able to play on a global battlefield, have had $85 billion dollars in arms and equipment handed to them.

Did you notice how quickly China and Russia dove into the bloody ruins to place bids on the armaments?

The ten nations that are going to come against Israel are already aligned, and God, tells us that He will put a hook in the nose of Gog, draw him into battle against Israel, and he will die there. Oh, don’t get me wrong, Israel will take a frightful beating in the process, but the antichrist – one who comes out of the beast from the sea, will bring about some form of peace; and, if you are paying attention, then you know that Israel is not named among those the antichrist makes this peace with.

It’s a lot to take in, I know, but if I can understand it then you can too.

If you can understand that –

The fourth empire, in opposition to repeated teachings, was the Seleucid and Ptolemaic empires. Sure, they had strength, but the strength was halved.

In what way did they end up becoming different since they both came out of the Grecian empire?

They both became assimilated into the Islamic/Assyrian empires that eventually surrounded them and were both ingested into the Assyrian ways and ideology.

then you can count yourselves among those that Daniel was speaking of when he said,

“And the teachers and those who are wise shall shine like the brightness of the firmament, and those who turn many to righteousness (to uprightness and right standing with God) [shall give forth light] like the stars forever and ever.” Daniel 12:3 AMP

We covered Revelation 13:1, so let’s fly through two or more.

Revelation 13:2 Moffatt NT (2) “The Beast I saw resembled a leopard, his feet were like a bear’s, and his mouth like a lion’s. To him the dragon gave his own power and his own throne and great authority.”

Keeping in mind that our first understanding of the beast is that it represents kingdoms, empires, or Caliphates.

I want you to see what many believe to be the finest interpretation put into the hands of man, the KJV.

Revelation 13:3 KJV “And I saw one of his heads as it were wounded to death; and his deadly wound was healed: and all the world wondered after the beast.”

A beast with seven heads.

Where and how do you come up with the idea, that in the last days, almost at a time that for the church, won’t make a bit of difference, someone will put a bullet into the head of this new world leader that kills him, just so that he can be raised up to life again?

You don’t, as one the empires, possibly a Caliphate, sustains what, to the world seems like a deathly wound.

How do you kill an empire or kingdom?

Slowly, in most cases. This was the case for the Ottoman Empire, an Islamic Empire, but its end came in 1924 and the entire world breathed a sigh of relief because they all thought this global threat was done with (dead.) So much for that dream, as it finally, after many attempts to revive it, came back to life in 1979 with the Islamic revolution in Iran.

Is that the same thing as Governor Newsom of California, saying that 80% of the state had been vaccinated with the Covid 19 garbage? Not a chance, it’s more like 20% and the Governor is trying to make himself look good.

But didn’t we talk about seeing the world in biblical terms?

We did, and all God is concerned about is the region He said He would give to Abraham. Sadly, for the Mid-East, that is most of it, or as the passage says, the whole earth, as far as the Muslims are concerned.

Revelation 13:3b AMP … and the whole earth went after the beast in amazement and admiration.

Some, who display wisdom, will tell you that the Muslims will NOT follow after anyone who is NOT a Muslim. That means they will not follow after Emmanuel Macron of France, or Angela Merkel of Germany, and now, after Afghanistan, there should be NO ONE following after President Joe Biden of America.

But, what about former American President Barack Obama?

They might follow after him because he has openly stated that he loved those blaring wake up calls to Islamic prayer time, and he is still pushing his weight around Washington DC.

Does the world go after Obama in amazement and admiration?

Not yet, but they might when he jumps in the middle of a ghastly fight in Israel and calls for peace, and gets it.

Back to a dose of reality for a moment.

What does verse four tell us?

Satan gives his authority to the beast.

Authority, what kind of authority does Satan have?

Satan has, for the moment dominion over the earth, thanks to Adam; and, he has deception, that is it. If you have been paying attention, we have a power-mad group of people trying to exert authority over the entire earth.

We know that the beast is representative of a kingdom, although those are rare these days, but we also learned that the beast empire produces a man, the antichrist, who is also known as a beast, and not because of physical prowess.

So when the dragon/Satan gives the beast his authority we could be talking about an empire that gains some Satanic power (although this the idea is only marginally logical,) or we are talking about one person who speaks as though he has control over this group of people and somewhat global control as well.

It seems that we have to make a distinction between the two as we try to make people understand the Revelation. There is only one good way to explain the situation and that is through the usage of context.

Verse 4 also says they worship the beast. This conversation could still go two ways. Try to imagine a worship of the country of Iran.

It doesn’t seem to fit the narrative, does it?

If this is the embodiment of a god, say, Allah, in a man, then worshiping the beast makes all the sense in the world. And though, as of this date 09/06/21 I have no good clues as to who this is, we do know he is coming and is most likely ready, waiting in the wings.

John Gill’s commentary states that they are “subject to him as their temporal lord, to whom they give homage; obedience, and tribute, but in a religious way.

The word worshiped – Strong’s Greek concordance G4352 proskuneō, tells us that it means to kiss, like a dog licking his master’s hand.

You may not love the Pope, but most people, given the chance to pay their respects, would kiss his hand in homage.

I will end the Bible study here, but you need to know that there is a good chance that we, the church,, will be raptured out of here at any moment. I wanted you to understand and know Jesus through the Revelation; and, if you do not know Him, that you would come to know Him. His thoughts toward you are good and life with Him is peace. Believe that He is, and come to Him.

For God loved the world so dearly that he gave up his only Son, so that everyone who believes in him may have eternal life, instead of perishing. (John 3:16 Moffatt NT)

This belief will work even if the rapture has come, the only problem is that you chose to push the boundaries of God’s grace and will now have to prove your commitment to God through martyrdom. If you can remember back to the Taliban overrunning all of Afghanistan, setting aside how complicit America was in that happening, those “zealots” found and killed all the Christians in that country within a few short weeks of their take over.

You see, it’s not just God wanting to see your heart, He already sees that. You still have the drive of crazies trying to reduce the population, while ignoring the fact that God’s wrath is being poured upon all the earth because of their unrepentant sins.

Come to Him. Run to Him, and give Him your life. 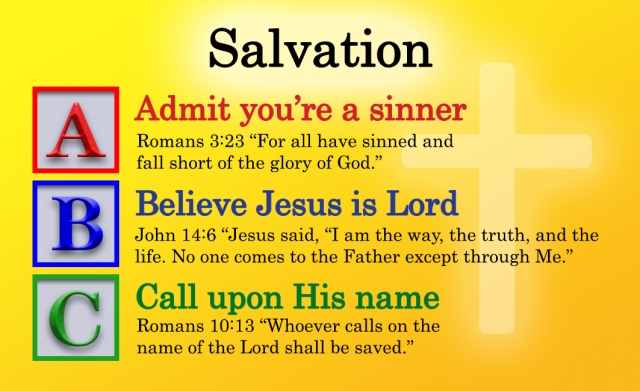