For we must all appear before the judgment seat of Christ

We hear this phrase constantly in religious circles. It is an aspect of our mean-spirited nature, and is often used to obtain compliance or to get us, the body, to do more, especially when it comes to “soul winning.” You know what? God can win souls just fine without us. In many cases He invades the dreams of those He is trying to persuade, and from what I have seen, it works quite well. If you are interested here is a link to Amazon.com and Tom Doyle’s book about such things. 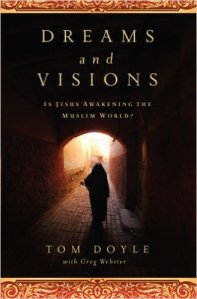 Dreams and Visions, by Tom Doyle

The passage that gives us this reality check about judgment upon followers of Christ is:

2 Corinthians 5:10 NASB 10) For we must all appear before the judgment seat of Christ, so that each one may be recompensed for his deeds in the body, according to what he has done, whether good or bad.

As usual, we need to break this down.

The consensus, as I perceive it, at least from the leaders who feel we need to be reminded of how bad we are, implies that lacking enough merit, we are going to hell.

Do any of these make sense? The answer is NO; however, we do not base our theology on whether things make sense to us personally or not.

Don’t get me wrong, the Word of God was meant to be understood. Since we are deeply entrenched in selfishness anything or anyone telling us we are wrong tends not to make sense, because we, at that moment, are choosing not to understand. It is a choice, or we are blinded by the veil Satan puts over us, preventing us from seeing the truth.

The idea that we must appear, as it stands, sounds more like a warrant for our arrest; an order that comes with a detrimental result. If you look at the word judgment in Greek, you find a much less threatening situation. One source, The Complete Word Study Dictionary tells us that it is: necessary, has need of, or is inevitable in the nature of things.

So if I reread this with Greek eyes, 1Cor 5:10 could just as easily say:

It is necessary, and, inevitable in the nature of things that we stand before Christ.

Moffatt’s translation puts it this way: “for we have all to appear without disguise before the tribunal of Christ, each to be requited for what he has done with his body, well or ill.

What does it mean to be requited?

Does this sound like you are being judged? Not hardly, but as we shall see, you can’t take that sin-ridden body into the new kingdom. So, we apparently leave our bodies at the door (so to speak.)

We have another huge piece of information that can help us understand what and when this judgment/Bema seat is:

1 Corinthians 15:50-52 NASB 50) Now I say this, brethren, that flesh, and blood cannot inherit the kingdom of God; nor does the perishable inherit the imperishable. 51) Behold, I tell you a mystery; we will not all sleep, but we will all be changed, 52) in a moment, in the twinkling of an eye, at the last trumpet; for the trumpet will sound, and the dead will be raised imperishable, and we will be changed.

Consider what this says:

As we sit here reading this, we are flesh and blood. It is evident that we cannot take these bodies, as they are, into heaven.

Considering that we cannot take these bodies, with their built-in propensity to sin, why even have this conversation? We should understand by now, that Adam’s treasonous choice caused us all to inherit something comparable to a damaged DNA string. In other words, you are not going to shake the effects this has on you. You can, however, overcome the influences of the sinful nature through the blood of Jesus Christ when you accept His life as yours.

An obvious observation, but the opposite of perishable is imperishable, and vice-a-versa. What does that mean? Slightly more than merely being subject to physical death. We, without the promise of life with the Father, are subject to an eternal perishing; a death we were not meant to endure. Hell, the fire that burns eternally was intended for Satan and his angels/followers.

So where is the mystery? Perhaps it lies in the idea that the definition of death has changed to sleep, and that without “sleeping” we will migrate into the kingdom of God.

Currently, the Greek word we use to create the idea of the rapture is harpazo. It means a snatching away. Rapture, on the other hand, has no associated word in the Greek. We get our word rapture from the Latin Vulgate which uses the word rapio. Rapture also conveys the idea of a mass removal of Christ followers from the earth.

When is the last trumpet?

Obviously, there are several. Matthew 24 tells us of one:

Matthew 24:29-31 NASB “But immediately after the tribulation of those days THE SUN WILL BE DARKENED, AND THE MOON WILL NOT GIVE ITS LIGHT, AND THE STARS WILL FALL from the sky, and the powers of the heavens will be shaken. 30) “And then the sign of the Son of Man will appear in the sky, and then all the tribes of the earth will mourn, and they will see the SON OF MAN COMING ON THE CLOUDS OF THE SKY with power and great glory. 31) “And He will send forth His angels with A GREAT TRUMPET, and THEY WILL GATHER TOGETHER His elect from the four winds, from one end of the sky to the other.

I can quickly determine that this is not the last trumpet call because of the phrase, “..immediately after the tribulation of those days..” That statement places this event approximately seven years after the rapture of the church. While it may be the last trumpet, it is not the trumpet blast being referred to.

There is one other clue to solving any mystery we find here, and that is the fact that the angels from God will gather His elect. These are Jews being spoken of here. Don’t make the foolish assumption that everything the Apostle Paul said and did was directed at Gentiles, as the intentional preaching of the gospel to the Gentiles did not become a push until he made the plea to take his case to Caesar, in Rome.

What do I take away from all this?

That the bema seat of Christ:

So, all of it gets burned up, attitudes, beliefs, traditions, and brokenness, in a moment. If you notice anything it will be the freedom and normalcy. Something we have never experienced.